TIR is happy to announce its new publication "Zulässigkeit von Beschränkungen des Handels mit tierquälerisch hergestellten Pelzprodukten" (volume 16) from its series "Schriften zum Tier im Recht". The publication examines whether a ban on the import and/or placing on the market of fur products made by using cruel production methods is consistent with Switzerland's international obligations and how such a ban could be designed and implemented in practice.

Thanks to many awareness-raising campaigns by animal welfare organizations, fur products were frowned upon for a long time in large parts of Western society. However, fur has had a comeback in recent years and now more than 100 million animals are killed for their fur every year.

Even though the common fur production methods must be considered cruel when measured against Swiss animal welfare standards and are clearly rejected by the majority of the population, imports have again risen sharply in Switzerland. The fur declaration ordinance, which was introduced in 2013, did not manage to reduce demand. For this reason, politicians are also calling for more effective measures to prevent, or at least substantially reduce, the the use of cruel production methods in the countries of origin encouraged by Swiss demand. Consideration should therefore be given to a possible ban on fur imports and/or the placing on the market thereof. In volume 16, the authors demonstrate that such a measure is imperative for the protection of public morals and the animals concerned and is also compatible with Switzerland's international trade obligations, in particular with the GATT agreement.

With its publication series "Schriften zum Tier im Recht" TIR aims at providing the broad public with a selection of monographs, expert opinions, and scientific papers on legal and ethical aspects of the human-animal relationship.

The volumes are intended to provide academics and students, as well as practitioners and law enforcement bodies, with a wide range of information on legal and ethical animal-related subjects and contribute to the promotion of scientific discourse.

The present report was also submitted to the Federal Food Safety and Veterinary Office (FSVO), which, based on the adopted proposal "Preventing the import and sale of fur produced using cruel methods" (14.4286) by National Assembly member Pascale Bruderer Wyss, is obligated to examine alternatives to the current fur declaration ordinance.

The publication "Zulässigkeit von Beschränkungen des Handels mit tierquälerisch hergestellten Pelzprodukten" can be purchased (in German only!) for 59 Swiss francs in bookstores or is directly available from TIR. All volumes of the TIR series can be found in our shop. 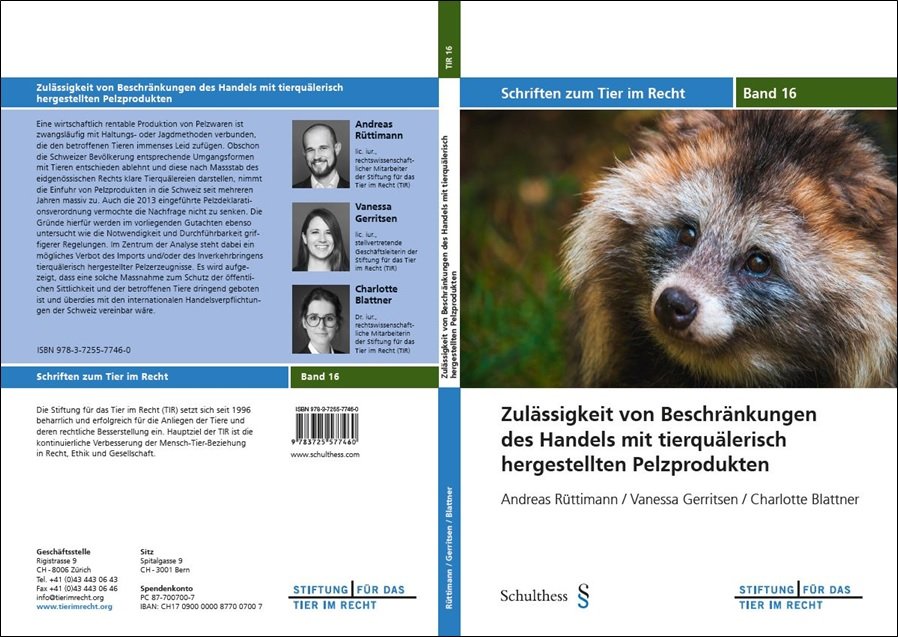 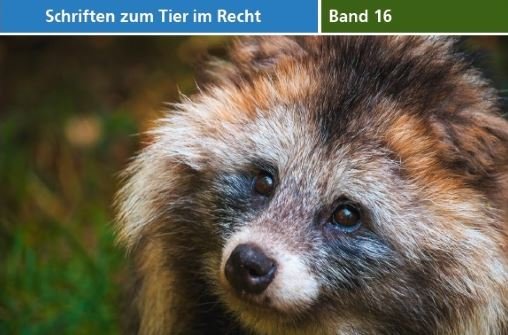